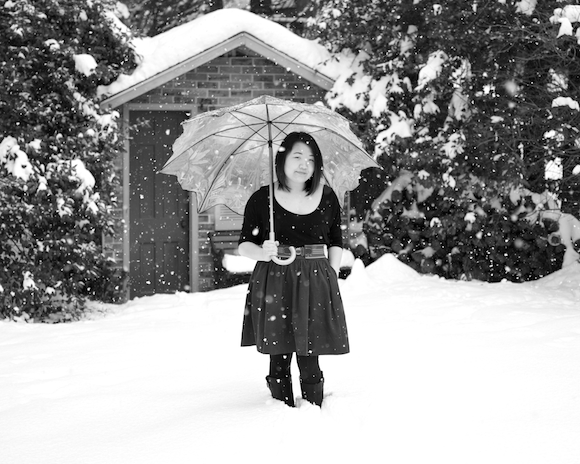 One of the very first photos of the day, before I had a chance to stomp some of the snow down a bit.  If I’m not careful the snow will go down the top of my boots. 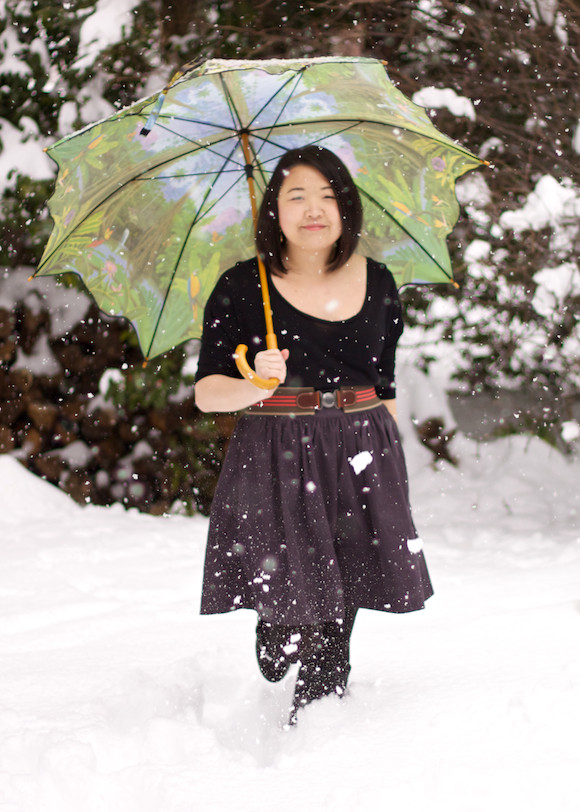 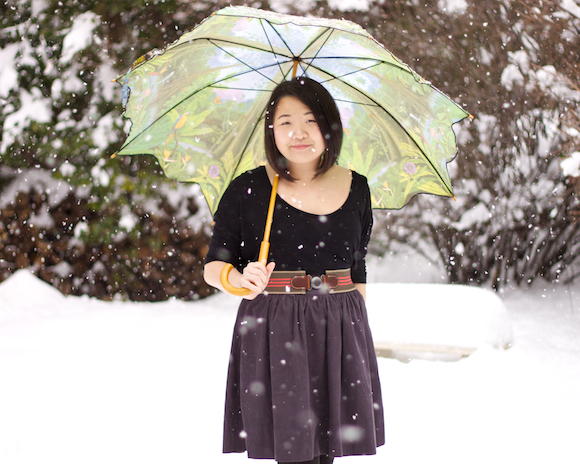 It was really snowing when these photos were taken.  My friend came over so I could play personal shopper.  We had an impromptu photo shoot because I was only half dressed when she got there and I still had to take photos.  Yeah, she thought I was pretty crazy for going out for photos in the snow. 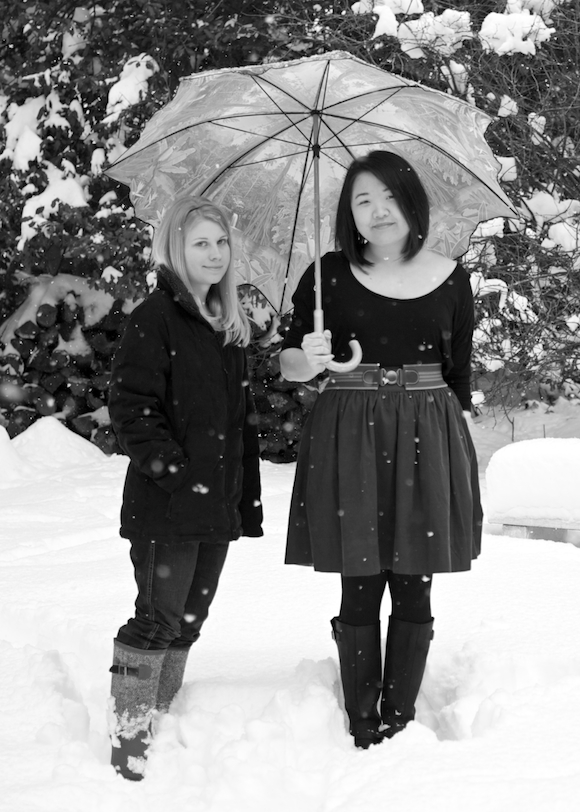 This is Jen.  I’ve known her from the pre-school (age three).  I gave her a crash course in DSLR photography and she took that first photo of me in black and white.  We both prefer ourselves in black and white, and once I even toyed with the idea of making this a black and white only blog.

Later we went shopping (to the partially outdoor mall) and of course I forgot the umbrella.

« Not a Snow Day
Something WEIRD is Going On »