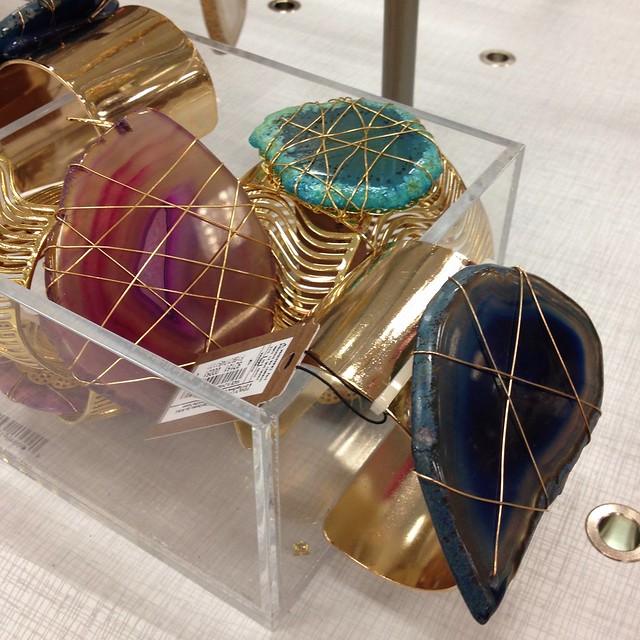 I’m out in the country, so I trotted off — okay, drove — to Target, which has been some producing some nice accessories lately (although the prices do reflect the better than usual quality). Cuffs like these are made by a popular jewelry designer whose name currently escapes me. At first I thought they were Alexis Bittar-inspired, but I don’t think that’s right. I just can’t remember where I’ve seen them before. It’s a popular style, so possibly in the collections of several different designers. They’re $24.99 each, which honestly seems a little steep, although the agate does appear genuine to me. 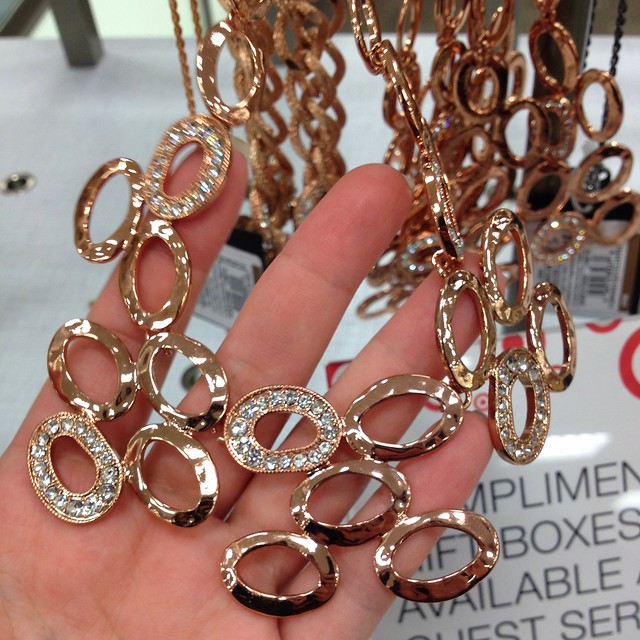 I was really tempted by this necklace. It’s $19.99 (Update: it’s actually $29.99, but on clearance for $20.98 at my store) and looks like a combination of Ippolita‘s and Alexis Bittar‘s rose gold work to me. Like everyone else in New York, I really like Alexis Bittar. I don’t have anything by him. Yet. I have to return a Jason Wu for Target dress, so I might go back for this one. What do you think? Worth it? 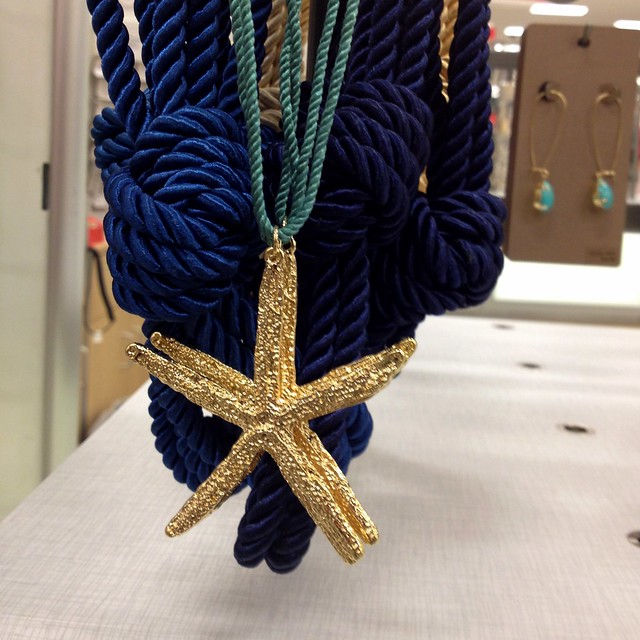 It’s very apparent that there’s a strong nautical theme going on with the accessories. I thought of Lydia when I saw this necklace. Also $19.99, and definitely seems overpriced. Behind the starfish are huge knotted necklaces. They don’t really look that good, however… 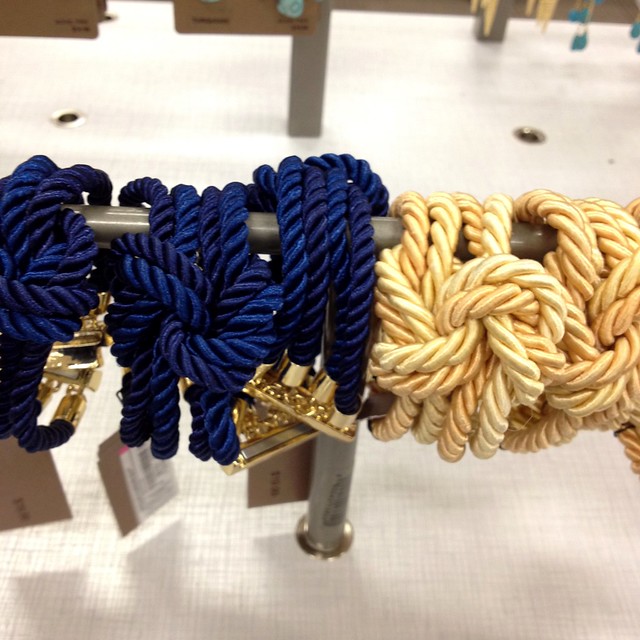 …the bracelets are nicer. These are also $19.99 each. I like the gold hardware, but someone with more skill at making things could probably DIY them from Pinterest. 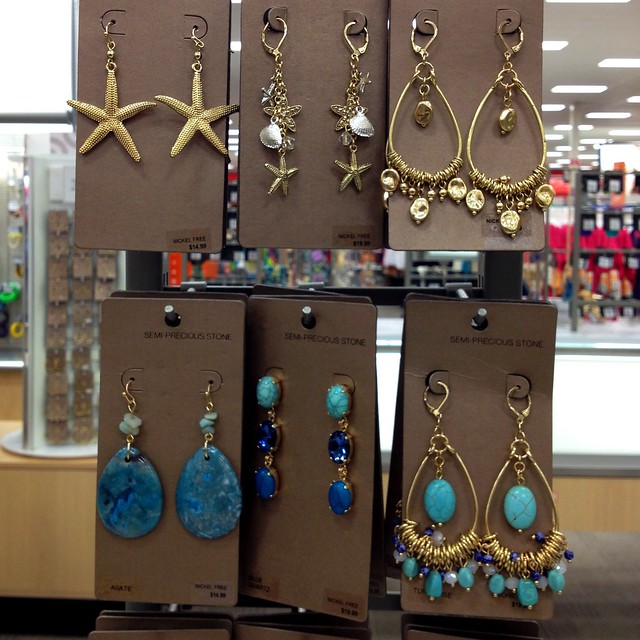 More starfish! I’m not really sure what they mean by “semi-precious stone” and I forgot to check. Could be the turquoise, but I’m pretty sure it’s imitation. Probably the agate. 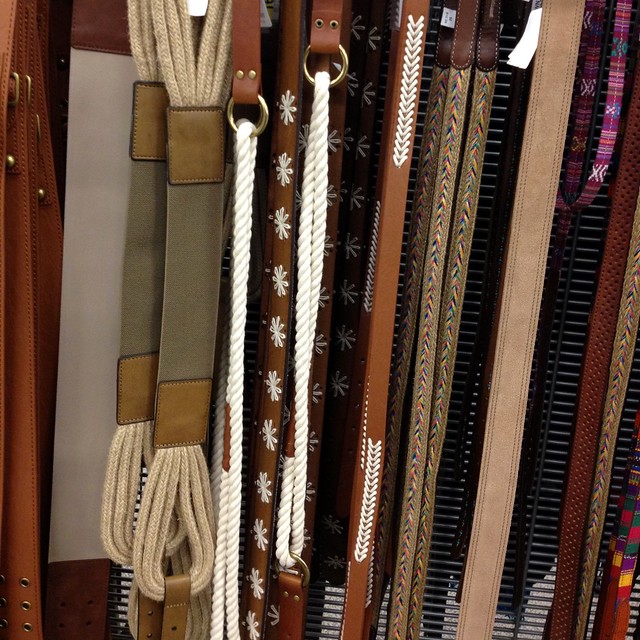 There were even a few nautical-inspired belts hiding out in another section. Well, the rope one on the left is questionable, but the white and brown one on the right definitely has a nautical vibe. 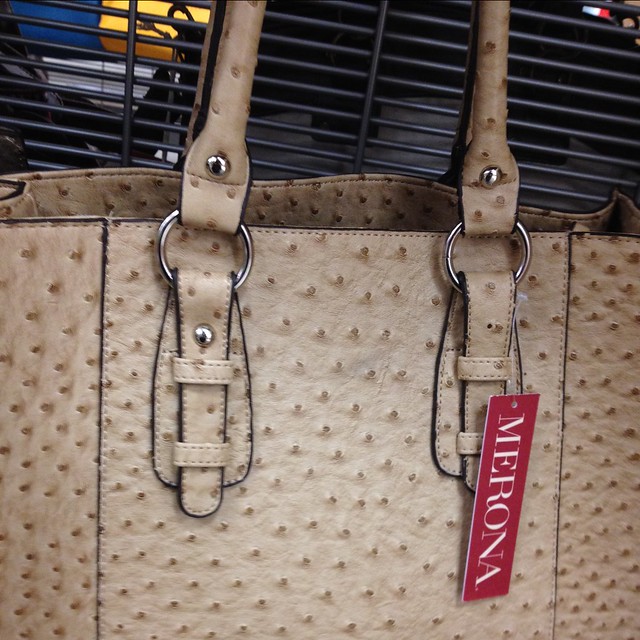 And last, the faux-ostrich Merona handbags look really nice in person and are only $29.99. I think they’re well-priced, but I could still be in sticker shock over the bags at Coach, half of which are now $798.

Hope you’re enjoying your weekend (and that you haven’t run into anyone at JC Penney lately)!