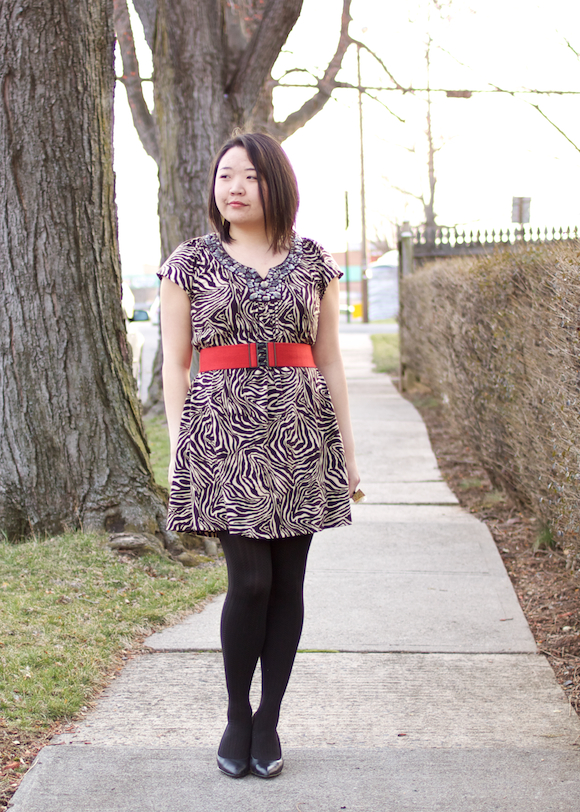 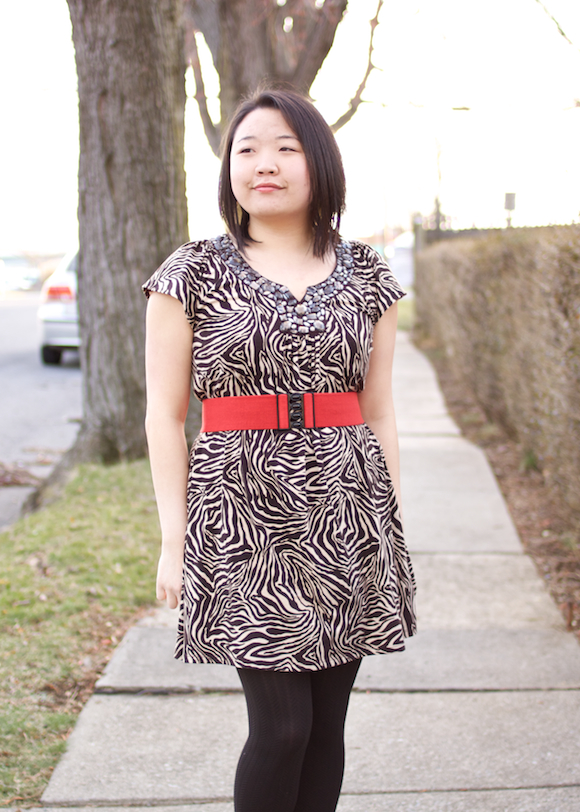 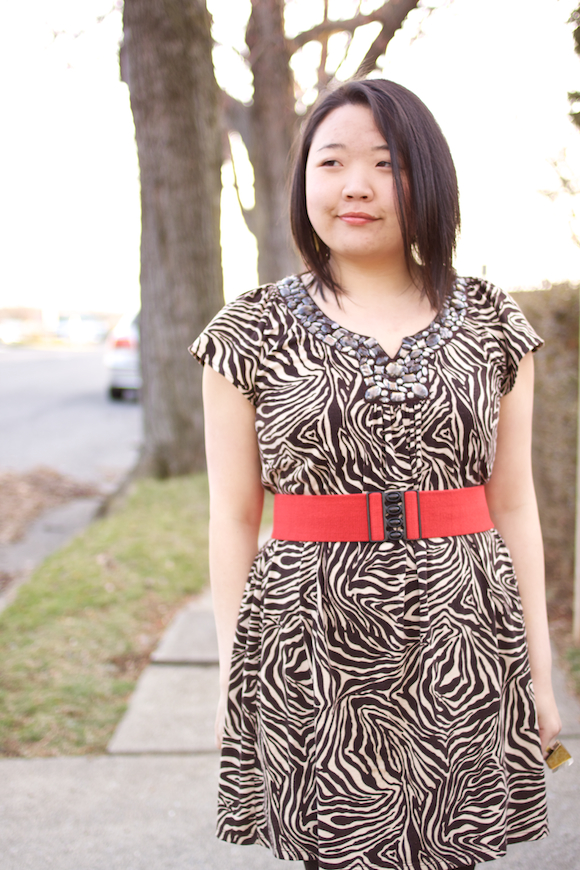 A while ago (I think it may have been for FBFF) I said I didn’t really have a go-to outfit.  That’s not entirely true: I don’t have one, but if I’m pressed for time and don’t like anything I’ve put on yet I tend to repeat at least 50% of something previously worn.  I’ve photographed this exact same belt and dress at least twice before on the blog and I can tell you I’ve worn it at least six more times than that (both of these are so old I’ve had them since before I started taking photos). 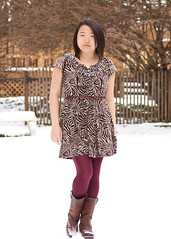 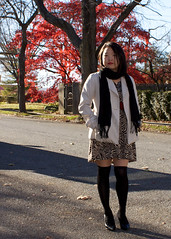 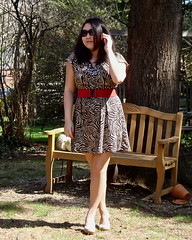 Also, have you ever felt like you’ve just had a bad hair month?  I feel that way about March.  I’m still hoping for that “out like a lamb” weather to happen… March, you have 14 more hours.

« The Last of the Snow is Behind Me… I Hope
Have a good weekend! »